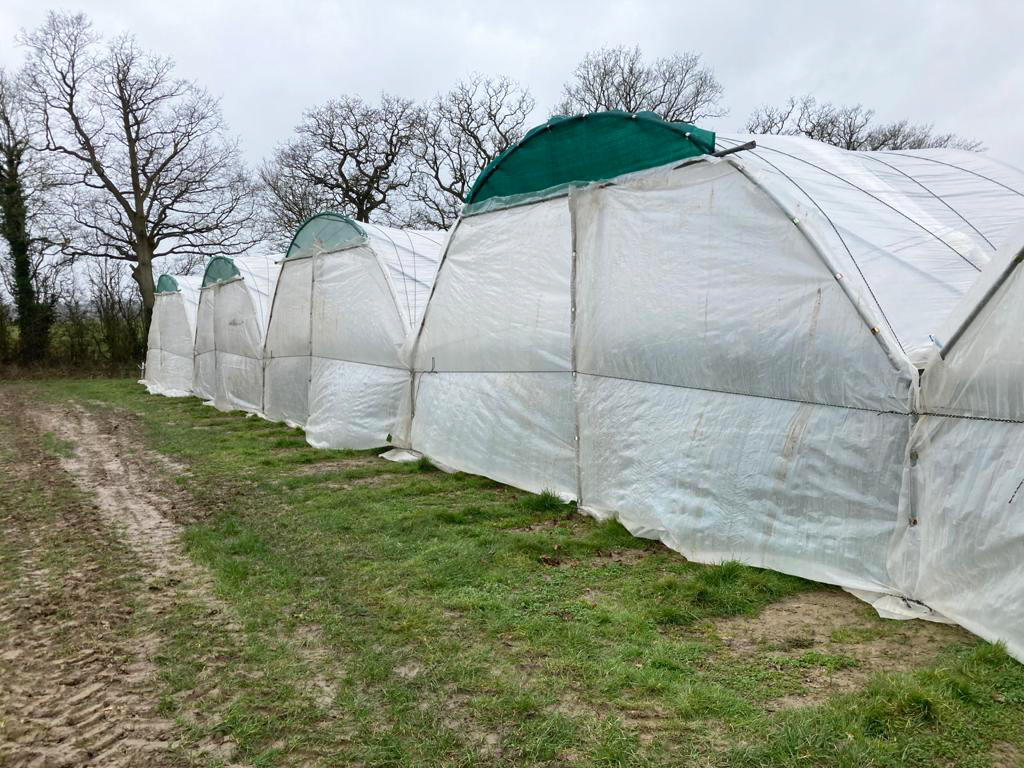 The weather recently has been variable to say the least, although if we are honest no different to what we should expect at this time of year.

We used the opportunity of still, fine weather a couple of weeks ago to put the polythene sheets over our poly tunnels. We also erected doors on the ends of both the raspberry and strawberry tunnels in an effort to capture as many heat units as we possibly can.

You may remember I mentioned GDH (growing degree hours) in a previous blog. All plants need a certain temperature as heat is the most important amongst all climatic factors influencing the growth and development of soft fruit crops. It is followed closely by light and humidity. By measuring and monitoring GDH, we can get a reasonably accurate harvest prediction date of any one season.

However, the decision to cover the poly tunnels was almost the wrong decision! The recent high winds have played havoc with the tunnels and caused us sleepless nights listening to the wind rattling over the polythene. In the past, we have had to take all the polythene back down (having only erected it the week before) to avoid any structural damage being done to the tunnel frames. Normally, they can tolerate anything up to 40-45 mph winds but windspeeds above that are dangerous territory… Some gusts can be 60 mph!

Anyway, we survived with only some minor damage to the doors which we will repair this week.

At this time of year, we have gone from being fairly quiet on the farm to suddenly everything needs doing at once in preparation for the coming season. We have to prioritise tasks and work through them. 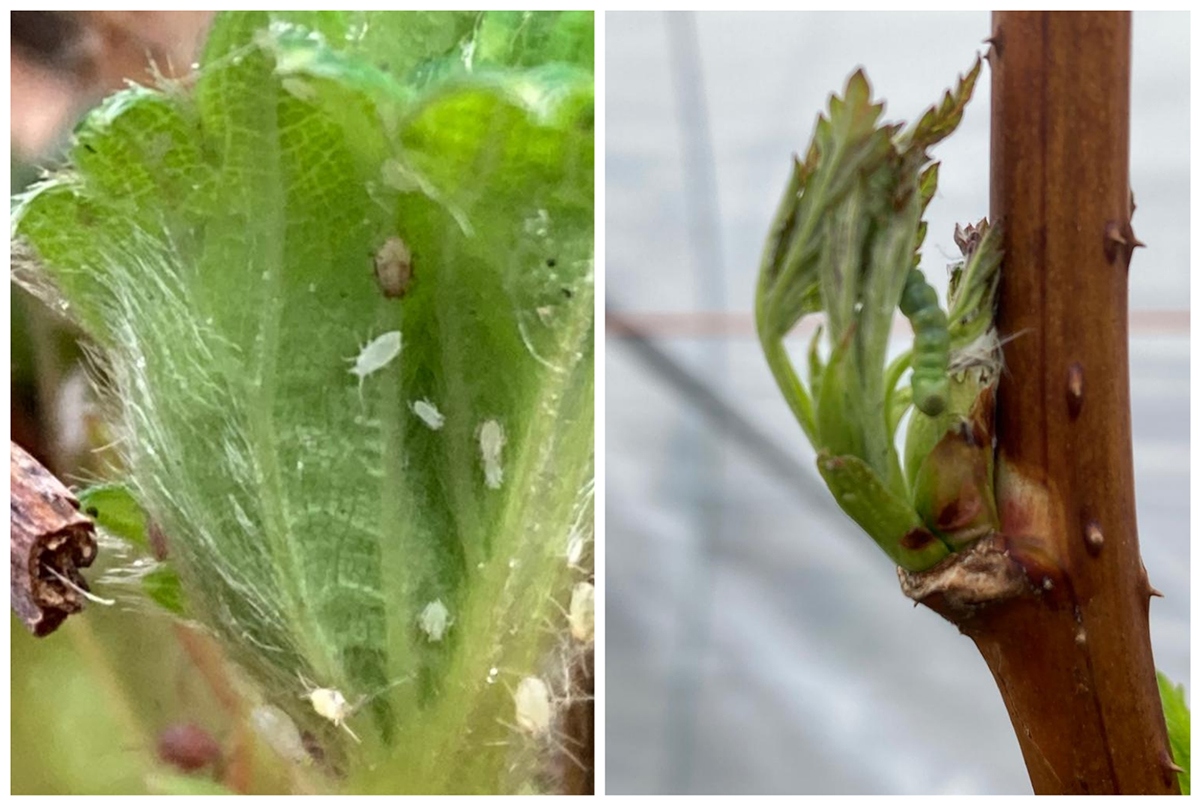 As the strawberries start to wake up from winter, every pest around wants to eat them or make its nest in them. Aphids, caterpillars and two spotted spider mites are the concern at the moment!

Aphids colonise the new, lush young leaves as they develop and stunt the plant’s growth and are also virus vectors which can wipe out crops. Added to the fact they leave a sticky unsightly residue on the developing fruits, we really don’t want them in the crops!

Caterpillars munch away on the foliage and flowers as they develop but often disappear as quickly as they arrive leaving a trail of destruction behind them.

Spider mites are tiny but colonise in huge numbers and are known to suck the chlorophyll from the underside of plants leaves which stunts the plant’s growth and bronzes the developing fruits.

We can tolerate a certain amount of pest damage and fully understand the value of predator/pest ratios in crops. As the day length increases, we will be introducing commercially available predators specific to each pest to establish a balance and minimise crop damage.

Our raspberries are growing quickly now and the bud break looks to be quite even and uniform. This is a reliable sign that the plants have received enough winter chill and are able to break dormancy.

Two things are going on at the moment in the raspberry pot. The main cane is breaking bud which will be the part of the plant that crops this year. But emerging from the top of the pot are the young canes that will be next year’s cropping canes. This is quite difficult to manage as the moisture demands can increase very quickly on warm days, so we will thin out some of the new canes by hand to around five per pot. We have some of these pots for sale at the shop if anyone would like to try growing some themselves.